Before starting this exercise, you should have had a brief introduction to getting and using RStudio – Introduction to RStudio. You should also have also completed the workshop exercises for Exploring Data, Group Differences, and Evidence. If not, take a look these earlier worksheets before continuing.

RStudio uses projects to help you keep your work organized, and to make sure you have a reproducible record of your analyses. Reproducible analysis is essential to good, open science.

We’re going to use a project to organize the analyses of data you have collected. An R Studio project is a way to organise data and anlyses that belong together. You should start a new project for each worksheet in this introduction to R, and for each study you conduct throughout your degree. As you will be working with numerous data sets and analyses, developing this habit now ensures that they remain organised.

Here’s how to create a new project: 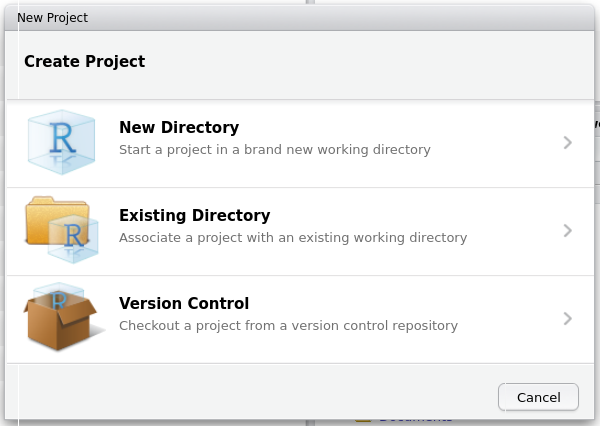 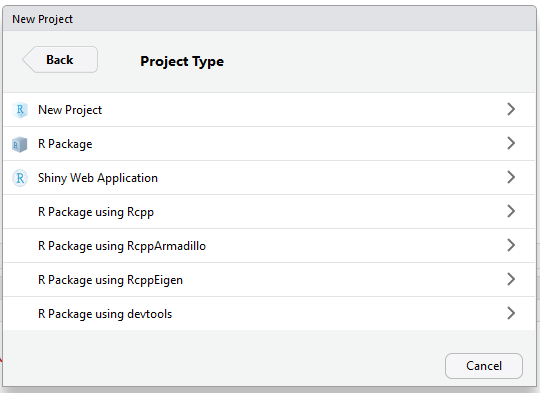 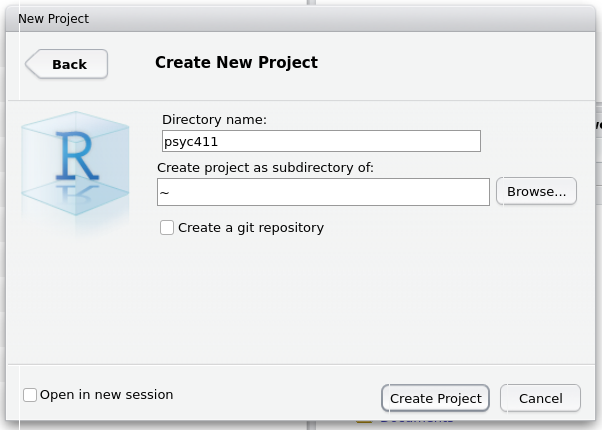 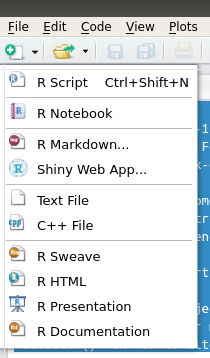 If everything worked well, your screen should now look like this: 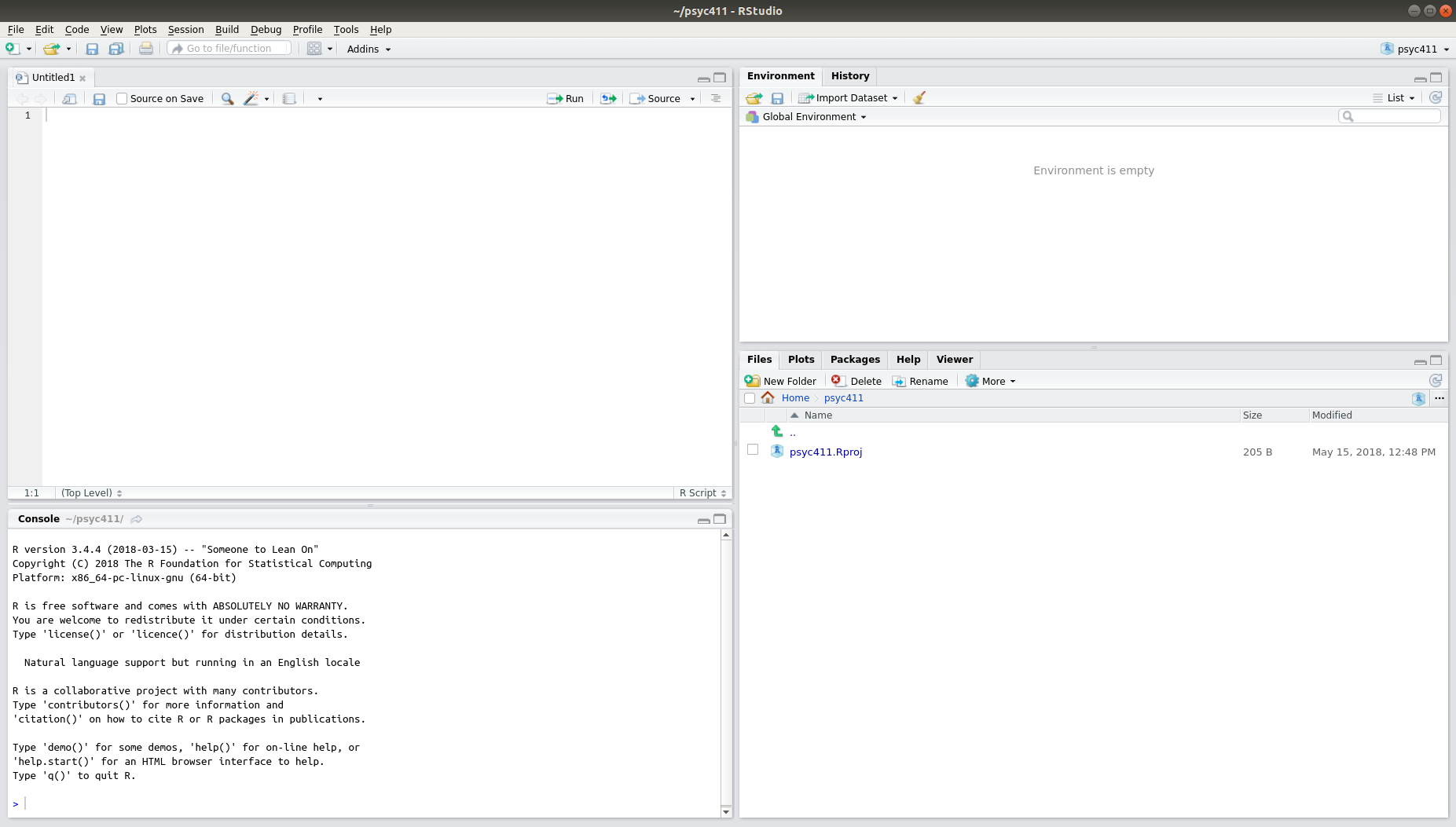 Notice that projects in RStudio look slightly different to how you’ve been using RStudio up until now. The two main changes are:

We’re now going to write an R script to organize the analysis of the data you collected during this module. Up to this point, you have been typing commands directly into the R console. However, it’s almost always better to keep your commands in an R script. Scripts make it easy to re-run one or more commands, without having to copy and paste them into the console. As you will see from the following worksheets, you tend build your analyses step-by-step, so keeping all of the commands which belong together in a script is the best way of organising your work.

You should be familiar with this command by now: library(tidyverse). The slight difference this time is that you’re going to type (or paste) it as the first line of your R script (top left window), not into the Console.

You should notice that the name Untitled1 on the tab has now gone red. This is to remind you that your script has changed since the last time you saved it. So, click on the “Save” icon (the little floppy disk) and save your R script with some kind of meaningful name. I’ve called mine psyc411analysis.R. The .R indicates that it is an R script.

Next, you’re going to need to load your own data. The Entering Data by Hand worksheet explains how to do this, so take a look at that now. Once you’ve read it and done it, add this command to the next line of your script:

If you gave your CSV file a different name, change the name inside the quote marks accordingly.

Save your script again (click the Save icon), so you don’t lose anything. Do this each time you add something important to your script.

Put your cursor on line 1 of your script and press CTRL+ENTER (i.e. press the key marked ‘Ctrl’ and the RETURN or ENTER key together). Line 1 is automatically copied to your Console window and run. The cursor moves to line 2. Press CTRL+ENTER again to run the second line.

You’ve written and run a working R script — it doesn’t do much yet! In order to analyse the data from your experiment, you need to use the commands you’ve learned up until now. The things you’ll need to do are:

Write a script to do these analyses on your data.

Here’s what such a script looks like for the gender pay gap analyses. The lines that begin ## are comments. They are ignored by R but they help human readers work out what is going on.

In order to use files from RStudio Online in other applications (e.g. Microsoft Office, LibreOffice), you’ll need to download them. Here’s how:

This material is distributed under a Creative Commons licence. CC-BY-SA 4.0.